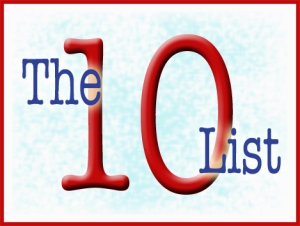 Once again, through the miracle of 8,000 TV channels needing to fill time, EVERY Christmas-themed movie ever made can be seen at some time on some station and often for multiple times. They can’t all be good. In fact, some are quite bad. Reallllly bad. Like fruitcake. Here are ten to say “Bah Humbug” to…

Some people consider this a Christmas movie so that’s why it’s on the list. But can you imagine gathering the family around the TV and settling down to watch this? Is it a bad movie? No. Is it a Christmas movie? HELL NO! So stop calling it one. Christmas movies shouldn’t have a death count.

A classic of bad cinema, but it’s not even one of those “so bad it’s good” movies. It’s just bad. How bad? Pia Zadora makes her film debut here. At age 10. The only other recognizable actor here is the guy who played the doorman on “The Jeffersons”. Sadly, I have to admit to seeing this in my hometown theatre in the 1960’s. Yet, I still love movies.

This will start the trend of bad remakes populating the list. This TV movie happens to be a remake of “It’s a Wonderful Life”. Never heard of it? Good. Be thankful. Who’d they get to play the Jimmy Stewart role? Marlo Thomas. Yep, THAT girl! (who also happened to produce this mistake.) Who’d they get to replace Donna Reed? Wayne Rogers. Yep, Trapper John. The only thing this turkey gets right is casting Orson Welles as Potter, but he alone can’t save this disaster.

Released as a holiday film in 1979, this is the film that proved Steven Spielberg COULD do wrong. One helluva cast stuck in an incredibly unfunny movie.

This film has been remade over and over and over, but has there been any better Hollywood Santa Claus than Edmund Gwenn in the 1947 original? How about Sebastian Cabot? (Mr. French from TV’s “A Family Affair) Not by a long shot.

Frosty is a kid’s dead father who comes back to hang with his son. A dead parent. Nice. Merry Christmas!

Did anyone really expect notorious misanthrope Michael O’Donoghue to write a warm, fuzzy Christmas story? This is not the nutty, zany Bill Murray we came to love. This film is dark, and ultimately phoney.

An ugly film. Ugly, ugly, ugly. Ugly sets, ugly costumes, ugly characters, ugly language, ugly humor. Ugly. If anyone can roll over in his grave, it would be Boris Karloff, the narrator of the original TV special. Surely he was spinnin’ upon this lump of coal’s release. Can we all agree that the only proper way to do Dr. Suess is via animation?

NO, NOT THE 1974 ORIGINAL (which I feel is the best Christmas special ever.) This execrable remake attempts to improve on the original by making it a live action film at twice the length. They failed. Miserably. The also cut out all of the songs but one. Guess which one. (If they had cut out THAT one, I’m sure the reaction would have been substantially worse than just the yawns this one generated.) But because they managed to bastardize what I think is the best Christmas special ever, I think this is the worst.

I have purposefully left off all the “killer” Santa Claus movies because they’re just wrong. So have I missed any? You got anything worse?

3 thoughts on “The 10 Worst Christmas Movies”